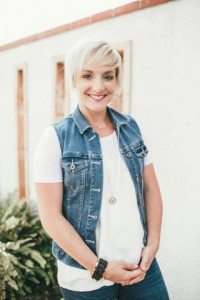 Provo High School is excited to announce the hire of Amanda Barker as the new girls’ basketball coach.  Coach Barker brings a wealth of basketball experience as a coach and former player.  Coach Barker was an All-State athlete in both basketball and volleyball while growing up in Wyoming.  She accepted the offer to play basketball at College of Southern Idaho (CSI) where she was named to two All-Region Teams and one pre-season All-American team.  She was also named as CSI’s athlete of the year.  Coach Barker went on to continue her college career at BYU where she was named to the All-WAC defensive team and most inspirational player two years in a row.  She successfully completed her studies while at BYU graduating with a major in Physical Education and minor in Coaching.  Coach Barker started her coaching career at Lone Peak and has recently been coaching in the Provo High youth programs.  Her coaching style brings a positive energy to the court paired with high expectations of effort from players.  Her focus as a coach is on the individual growth of the players she works with.  Amanda and her husband, Tyler (former Bulldog), have seven children.  Provo High is very fortunate to have her join the program.